Posted by diminutivediva on June 12, 2014 in Uncategorized | Leave a comment 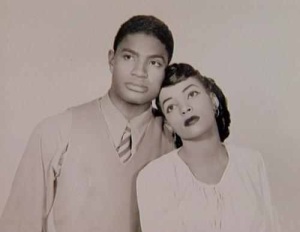 Ruby Dee and Ossie Davis in their youth.

Today brought news of the passing of renowned actress and activist Ruby Dee. Just weeks on the heels of the loss of Maya Angelou, we are once again reminded of how important that generation was to all of us who came after. When I was sixteen years old I was fortunate enough to meet Ruby Dee. She and her husband, the famed Ossie Davis, were in town for an event being held by the Seattle Repertory Theatre(if my memory is correct). Ms. Dee visited my high school and spoke to my English AP class about her career. Prior to her arrival our teacher instructed us to write and submit a short story, three of which would be read and selected for the workshop on writing and theater which Ms. Dee would hold. The story I penned was one of those selected. Ruby Dee spoke with us on the power of writing and all the emotions it can convey, then coached classmates as they acted it out. We were all too starstruck to speak as freely with her as we would have liked. To stand next to a woman who was so known and used her influence for justice was extremely humbling. But even with her celebrity Ruby Dee was so genuine and sweet. Speaking with her was like speaking to the kind and gentle older women at church. Along with her husband Ossie Davis Ruby Dee set such an example for others. The love and comittment that they shared with each other is a template and what many of us yearn for. And though I don’t subscribe to the idea of an afterlife, the idea of these two lovers being reunited again brings a smile to my face. Rest in power Ruby Dee.