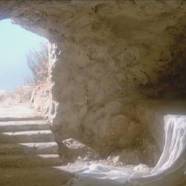 Growing up in the Baptist church, Easter Sunday reigned supreme as the high point of our calendar. Christmas was important and celebrated, but without the death and resurrection of Christ, it would have been pointless. So on April 16th, 2017 I rose early and attended morning worship just as I did two decades ago. Service began at 11 am and precisely an hour later my pastor stood at the lectern, dressed down in jeans and a beige blazer.

In my youth, a casually dressed minister was a rarity and on Easter, it was unheard of. But I understand why the leadership of my church adopts a less flashy dress code for this day. The focus on pageantry and fashion can distract from the true meaning of Easter. It can also discourage people from attending if they can’t afford snazzy new threads or simply aren’t inclined to dress up.

Shunning a finely tailored three piece suit, Pastor Braxton stood before us and instructed the congregation to turn to Mark 16:1-8. My pastor expounded on the verses and the initial reluctance of the women at the tomb to share their discovery. The preached and written word caused me to ponder where I stood nine months after coming back to church and face uncomfortable truths about how I follow Christ.

While I haven’t hidden my faith since rededicating my life to Christ last year, I haven’t amplified or freely shared it either. My reticence is based in my fear of backlash and rejection.

At late nights ,I can’t sleep

Will I fall? Will I peep

Through the curtains, all I see fingers pointed at me

And I’m wondering what they thinking, thinking ’bout-Lecrae “Fear”

Fear is what made me comfortable with being the low key Christian.  Upon learning of my reconversion, some non-believing associates stopped talking to me (proving that the religious aren’t the only ones who shun but that’s a topic for another day). But one good atheist friend had few qualms with it, though there was a caveat to his acceptance.

And there was the catch. Believe what you want, just keep mum about it 100% of the time. His words amplified the thoughts that lived in my mind before I went public, before I followed through on the call to come back to Christ:

It took two years, but faith and my need for God in my life won out. However my anxiety about being open with my beliefs remained. Avoiding religion and refraining from using my writing gift in the service of it was an act of weakness. And while such cowardice is a road well-traveled, it was ultimately an unfulfilling one that my pastors’ words pulled me away from. I couldn’t let trepidation silence me. I’ve been through too much and been a recipient of too much grace to hide from any controversy that may follow.

In Romans 1:16, the apostle Paul boldly proclaims that he’s not ashamed of the Gospel. As I continue to grow in belief and return to regular blogging I desire to do the same, to be my authentic self no matter the cost.